Pigeon Forge may just be the family fun capital of the South. This amazing city is bustling with premier entertainment and tons of exciting things to see and do. We’ll tell you how to plan the most epic Pigeon Forge vacation ever!

Considered one of the world’s premier theme parks, Dolly Parton’s Dollywood features rip-roaring rides, delectable fare, and stellar entertainment—all surrounded by breathtaking views of the Great Smoky Mountains. From live artists performing country, southern gospel, classic rock ‘n’ roll and Appalachian music, to master craftsmen showcasing glass blowing and blacksmithing, Dollywood is brimming with the rich heritage and artistry of the Smokies. When it comes to thrilling entertainment for all ages, the park is home to more than 40 rides and attractions that include: Lightning Rod, the world’s fastest wooden roller coaster; Wild Eagle, the country’s first wing coaster; and FireChaser Express, the nation’s first dual-launch family coaster. Inside Dollywood’s Country Fair—an area specially designed for kids—little ones can enjoy rides perfectly suited for the youngest at heart.

Take it all in at The Island

The Island in Pigeon Forge is your one stop in Pigeon Forge for affordable family fun all night and day! Explore terrific new shopping and entertainment complex with more than sixty retail and specialty shops, a number of popular restaurants and eateries, ride and games, dancing fountains, live music, The Great Smoky Mountain Wheel, attractions and much more.

Welcome to the one thrill ride you control in Pigeon Forge, Tennessee! The Smoky Mountain Alpine Coaster is the longest Alpine Coaster in the United States. The track is more than a mile long and features twists, turns and drops that will certainly get your heart pumping. Plus, you get to control how fast your ride is. How cool is that!

Pigeon Forge, Tennessee is home to world famous theaters and shows that is fun for both children and adults. From comedy to variety shows and everything in between, Pigeon Forge Theaters and Shows are certain to keep you entertained while vacationing in the Smoky Mountains. Choose from an intimate theater setting or you can even enjoy a delicious meal while being entertained, the choice is yours when staying in Pigeon Forge, Tennessee.

The Titanic Museum in Pigeon Forge is a half-scale replica of the front half of the original Titanic ship. This museum attraction does much more than display hundreds of artifacts from the sunken ocean liner, it really gives you a feel for what it was like to be onboard the ship — before and after disaster struck. You can see a recreation of a third-class cabin (as water rushes ominously down the stairs toward you) as well as a first-class cabin (the same one depicted in the Oscar-winning movie). And you’ll actually get to walk up the grand staircase, built to scale from the original blueprints.

Come play with the stars at Hollywood Wax Museum in Pigeon Forge! You’ll get the chance to pose with your favorite stars and use provided props to ham it up for super-fun selfies. Walk the red carpet with Hollywood’s elite, sing along with pop stars, come face-to-face with horror villains and even put on a wedding dress and marry a star! You’ll also discover little-known facts about your favorite show-biz personalities, including surprising details about their pets, pet peeves, accomplishments, charity work, and more.

Eat Your Heart Out

A delicious meal is awaiting you in Pigeon Forge at one of these wonderful restaurants. From hand cut steaks to mouthwatering burgers, there’s plenty of Pigeon Forge restaurants that are certain to curb your appetite. Pigeon Forge offers an eclectic dining scene offering up some of the most amazing meals you’ll find anywhere while vacationing in the Smoky Mountains. When visiting Pigeon Forge, be sure to come hungry – there’s plenty of restaurant hot spots for breakfast, lunch and dinner.

Stay in a Luxury Cabin Rental 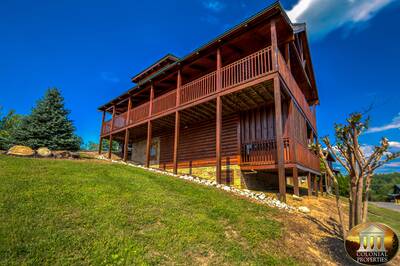 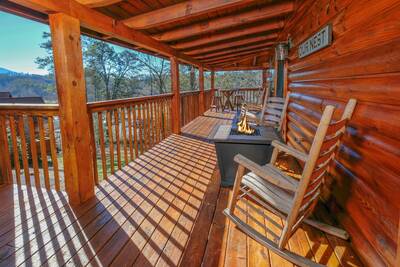